5 campaigns that levelled up mobile tech in 2021 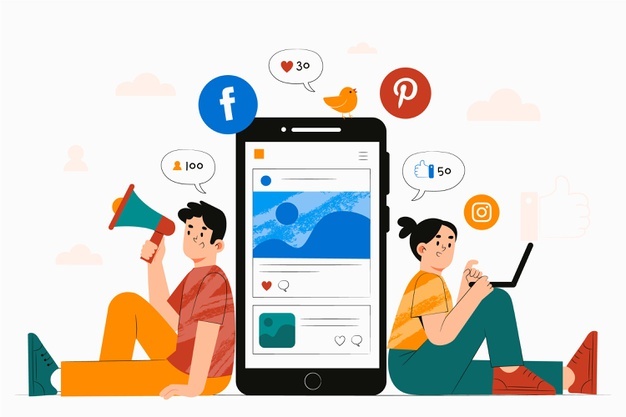 5 campaigns that leveled up mobile tech in 2021

With interest in the metaverse growing, brands from Reebok to Reese’s Puffs ventured into virtual worlds this year.

The strong growth in online marketing activity this year coincided with the greater adoption of technologies by brands to engage consumers on connected devices. Computers, mobile phones, gaming consoles, and smart TVs provided a virtual window of the world for millions of people and offered myriad platforms for marketers to interact with them.

Branded activations from savvy marketers throughout 2021 included establishing a virtual reality (VR) presence in the metaverse, or a shared computer-generated world that’s immersive and interactive. They also encompassed augmented reality (AR) experiences that blend digital content with the real world typically through a smartphone camera. These virtual environments are gaining attention among businesses, brands, and consumers alike, with the number of public companies mentioning the term “metaverse” in their earnings, calls more than doubling from 50 in the third quarter to 119 in the fourth quarter, according to a study by GlobalData.

Social media behemoth Facebook added to the tech-filled buzz this year by changing its name to Meta, signaling its plan to build a metaverse where people can socialize as digital avatars. In addition, online social games like Fortnite and virtual worlds including Roblox and Minecraft already have given younger consumers an early look at how they can interact in these virtual environments.

Several brands stood out this year with mobile campaigns that integrated a variety of platforms and technologies to extend brand exposure and form more lasting connections with consumers. Their work hints at what 2022 may hold as marketers seek more ways to provide an entertaining customer experience (CX) that also drives business outcomes.

General Mills tapped into the craze for limited-release merchandise with its drop of special boxes of Reese’s Puffs, the cereal inspired by the Hershey’s candy brand. The packaged foods company enlisted artist Kaws to create the packaging, which features a QR code that unlocks an AR game featuring his signature Companion character.

Players of the game were given a chance each week to win one of 150 Kawspuffs boxes by attaining a top 10 score on its leaderboard. The two leading players receive one of 30 boxes signed by Kaws, whose real name is Brian Donnelly.

With consumers sporting enthusiasm for their favorite brands by collecting everything from limited-edition sneakers to blockchain-based nonfungible tokens (NFTs), Reese’s Puffs looked to establish its place in the cultural zeitgeist. The move aligns with soaring growth in video games, with 76% of U.S. consumers under 18 identifying as gamers, per the Entertainment Software Association. The Kaws game and broader campaign can also help Reese’s Puffs learn about its customer base and gather first-party data, something that has become increasingly vital for developing marketing and media strategies.

Niantic, the game developer that popularized geotargeted AR gaming with the release of Pokemon Go years ago, launched its first brand campaign to showcase its version of the metaverse. Instead of emphasizing a virtual environment that people experience separately from their real-life surroundings, its “Meet You Out There” effort emphasizes the blending of both worlds.

The software maker released a two-minute film to urge people to go outdoors and use its AR tech to enhance those experiences. The message was likely crafted to resonate with people who felt trapped indoors during pandemic-related lockdowns and are ready for new experiences they can share online.

Niantic’s vision of planet-scale AR is consistent with what CEO John Hanke has described as the company’s goal of becoming the “anti-Amazon.” Instead of urging people to order products online for delivery, its version of the metaverse would help consumers find their way to local stores and small businesses that are the building blocks of neighborhoods and communities.

Chipotle Mexican Grill retooled its signature Halloween campaign for the metaverse with a burrito giveaway on Roblox. The online game platform, whose number of daily average users (DAUs) grew 31% from a year earlier to 47.3 million at the end of the third quarter, is especially popular with younger consumers including kids. This year’s “Boorito” effort featured a virtual Chipotle restaurant for Roblox users to visit while dressing their game avatars in costumes inspired by the burrito chain. The first 30,000 visitors received promo codes for a free meal redeemable through the Chipotle app.

The campaign was notable for reimagining Chipotle’s past campaigns that offered free food to customers who wore their Halloween costumes to its restaurants. Amid the growth in its delivery business and loyalty program during the pandemic, Chipotle’s presence in a metaverse-like environment is an entertaining way to build awareness for its brand among tech-savvy consumers and steer people to its mobile app.

PepsiCo’s Lifewtr brand of water unveiled a multichannel campaign with in-person experiences and digital content featuring singer Doja Cat, whose “Planet Her” tour starts in 2022. The “Get Into My Drip” effort included sweepstakes on photo-sharing app Instagram, where Doja Cat has more than 16 million followers. Fans were given a chance to win concert tickets and other merchandise by taking selfies with a special AR filter and sharing them with friends and followers on the app. Lifewtr also unveiled a real-life mural in Los Angeles that featured a QR code for passersby to scan with their smartphone and unlock the AR experience.

By urging Doja Cat fans to share AR selfies on Instagram, Lifewtr sought to expand the reach of its campaign organically while engaging Gen Z consumers with its brand. The effort was another sign of brands resuming experiential campaigns with digital integrations that nod to a hybrid world.

Reebok this year created a mobile tool to help kids and teens set up makeshift basketball courts in an urban setting as part of its “Courting Greatness” campaign. The web-based app provides AR overlays of regulation-sized court markings — including free-throw and three-point lines — for mobile users to indicate with chalk or tape in a play area.

The sportswear brand also installed playable courts in a collaboration with local artists in several cities to underscore the promotion for its Mid “Iverson Four” sneaker model. Its design was inspired by the U.S. national team, which included NBA all-star Allen Iverson, at the 2004 Olympics in Greece.

The purpose-minded campaign, which also sought to support city youth who may lack access to sports facilities, relied on familiar mobile technologies in order to engage Gen Zers and establish positive feelings toward the Reebok brand.

The use of the Internet, mobile devices, social media, search engines, and other platforms to... 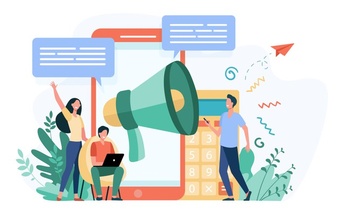 The process of automatically buying and selling digital advertising space is known as programmatic advertising....

The greatest competition runs between stalwart companies. They also possess the most famous domains. As...